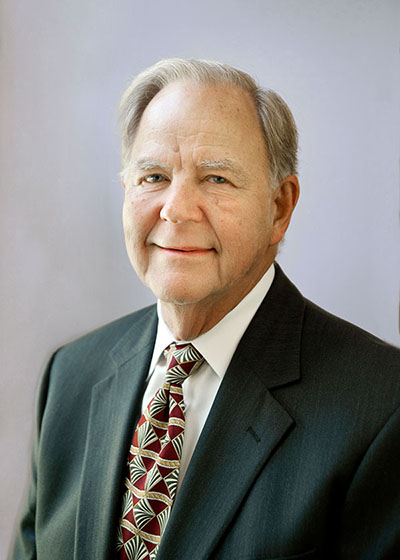 During his years of active private practice in Annapolis, Ron frequently spoke on probate and estate planning topics at professional continuing education programs for attorneys, accountants, life underwriters, financial planners and development officers, pre-retirement programs for laypersons and a variety of civic groups, including the University of Maryland Extension Service. In 1982 he authored an estate planning workbook titled, Estate Planning – A Family Affair and the Maryland Gifts of Minors Chart. He was a member of the Baltimore Estate Planning Council, served on the Governor’s Task Force on Long-Term Financial Planning for Disabled Individuals during 1991 to 1993, and on the Maryland State Bar Association, Estates and Trusts Council from 1987 to 1993. In his Council role he co-authored the Maryland Discretionary Trust Act, which had as its purpose to make it more affordable for families following a death to provide for loved ones suffering from various forms of disabilities.

Over the years Mr. Holden served on the Boards of the following charitable organizations and foundations: Wilberforce Foundation, International Youth and Service Corps and Anne Arundel Medical Center Foundation. In the late 1970’s he helped to found the following community ministries: Christian Counseling Center of Annapolis, Timothy Project (focusing on chemically dependent adolescents) and the local offices of Bethany Christian Services (a national ministry to unwed mothers and an adoption agency). He is a former Board President of Annapolis Area Christian School (a state certified K-12 elementary and secondary school). From 2009 – 2015 Ron served as a Board Member of Star Community in Hagerstown, Maryland, a non-profit organization providing residential and day habilitation services to developmentally disabled adults.

His community involvements include having supported and served in a variety of ways: Evangelical Presbyterian Church of Annapolis, Young Life of Anne Arundel County, American Cancer Society, Severn River Land Trust and the Maryland State Board of Higher Education.